Over 60 people attended the event, which hoped to inspire the creation of a county-wide community of landowners that supports each other to improve the diversity of plants, fungi and animals on meadows, large or small, across Carmarthenshire. 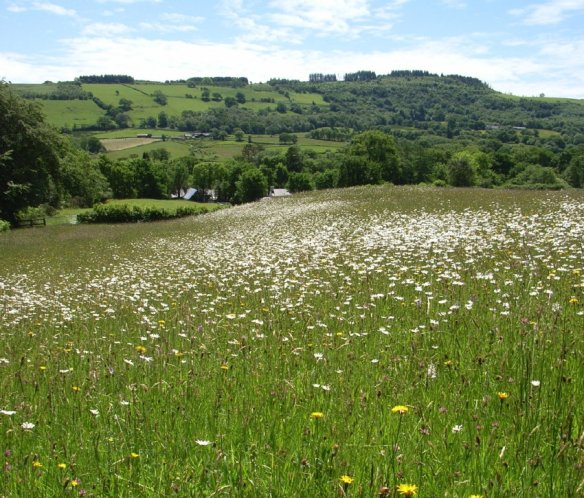 Through the formation of a Meadows Group, which could provide opportunities for landowners to come together and share experience, knowledge and enthusiasm, it is hoped that many more important areas of meadow in Carmarthenshire can be managed to enhance their wildlife.

The event was inspired by the highly successful Monmouthshire Meadows Group, a collection of 100 field owners, who over the past 10 years have greatly improved the quality of over 600 acres of Monmouthshire grassland.  We have an opportunity in Carmarthenshire to work together in the same way. 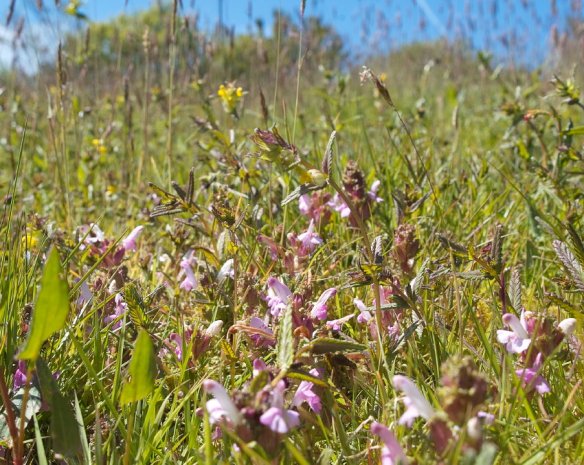 Lowland meadows are characteristic of traditionally managed farmland and are renowned for their colourful flower-rich swards. Often termed unimproved (or semi-natural) neutral grasslands, they typically occur on freely draining and relatively nutrient-poor soils which have not been heavily fertilised. This type of habitat was formerly widespread throughout lowland Britain, but it has declined markedly over recent decades. It is estimated that 97% of England and Wales’ semi-natural grassland was lost between 1930 and 1984. The primary cause of this decline has been changing agricultural practices, particularly the widespread use of artificial inorganic fertilisers. Such fertilisers greatly boost agricultural productivity, but they also result in the rapid conversion of the original grassland to a lush rye-grass dominated sward. As a result, unimproved neutral grassland is now highly fragmented and localised in the UK, with extensive, high-quality examples being particularly scarce.

Unimproved lowland meadows support a wide range of grasses and flowering plants. The bulk of these species are fairly common, but scarcer plants including greater butterfly-orchid, green-winged orchid and wood bitter-vetch may also occur. Lowland meadows can also be important habitats for various invertebrate groups and farmland birds such as skylark. Furthermore it is becoming increasingly recognised that unimproved neutral grassland can support a rich variety of waxcap fungi.

The term lowland meadow tends to include grazed pastures as well as hay meadows. Roadside verges, churchyards and recreational areas can also be included in this habitat.

Purple moor grass and rush pastures are damp grasslands which occur on poorly drained, usually acidic soils throughout the lowlands and upland fringes of western Britain. They are characteristic of high rainfall areas and therefore have a restricted distribution, both nationally and internationally. Wales is of particular significance for purple moor grass and rush pasture.

Purple moor grass and rush pastures are varied both in terms of their vegetation structure and species composition. Some sites are dominated by purple moor grass, alongside a range of other plants including tormentil, devil’s-bit scabious and various sedges. Other sites are dominated by rushes, especially sharp-flowered rush and soft rush. Often, however, these two types form an intimate mosaic, with patches of tussocky vegetation amongst a shorter grassy sward.

Purple moor grass and rush pastures can support a number of uncommon plant species including whorled caraway, meadow thistle and lesser butterfly orchid. They are also an important habitat for the internationally threatened marsh fritillary butterfly. 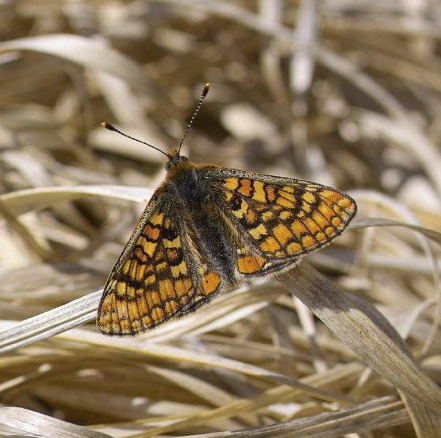 Like other grassland types, this habitat is dependent upon grazing or sometimes mowing to maintain the grassland structure. Without such management, the sward soon becomes rank and species poor, and ultimately disappears under invading scrub. Purple moor grass and rush pastures are also susceptible to drainage and agricultural modification; indeed in the past many such sites have been lost to intensive agriculture.