Many thanks to Andrew, for this timely piece on how we can help to create florally diverse meadows more quickly, as the first flowers are beginning to open in the lovely sunshine at the beginning of April…

To sow or not to sow?

At the recent open meeting at Pumsaint, one topic that came up during the discussion was sources of wildflower seeds, which led to a further discussion about whether to sow or rely on natural colonisation of the site.  I would have thought there was no one-size-fits-all answer.  It depends on several factors, and one of the main ones is the history of the site.  If the desired outcome is a flower rich meadow, a primary requirement is that the soil fertility should be low. 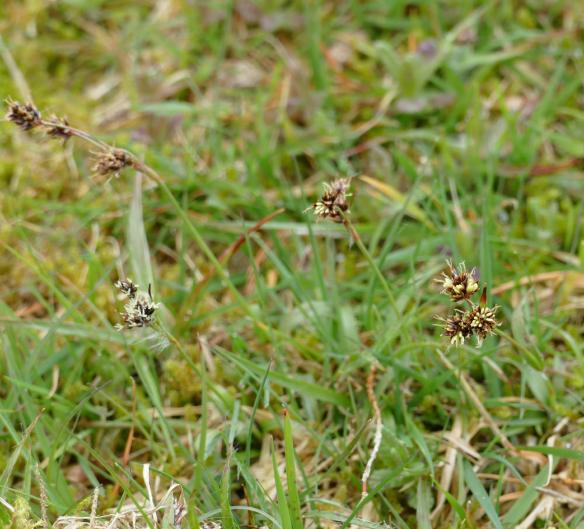 So if the site, whether it is a field, an area of garden, or even a former allotment has existing high soil fertility, then it needs to be reduced somehow.  Where we used to live, we created a meadow area in a large part of the garden which had, some years back, been a vegetable plot but when we moved in it had been grassed over.  It doubtless had years of compost added to it and dug in to improve the crops, so we spent the first ten years mowing the grass and removing all the cuttings.  Had it still been a cultivated area we could have grown nutrient-hungry crops instead.  This would be the same on a field scale. 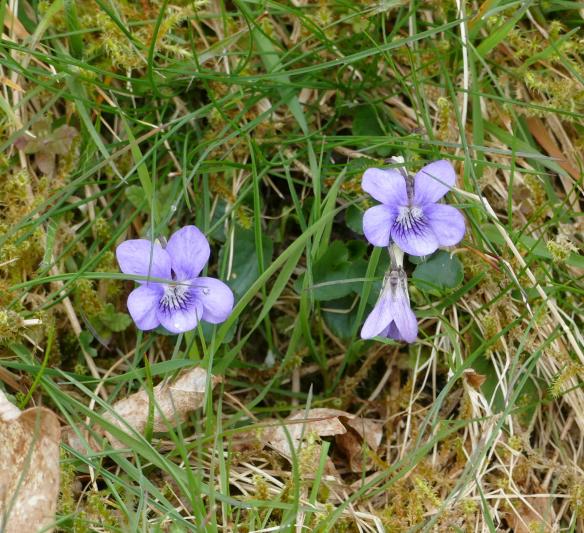 Our garden was next to an intensively managed arable field, so we decided not to wait and see what would colonise it, instead we hired a turf lifter, gave all the turves to our neighbours, and prepared a seedbed which we sowed with a meadow mix from a company called Naturescape, based in Nottingham (other seed suppliers are available).  They sell lots of different meadow mixes and their website, click here for the link,is well worth a visit, as is the farm where they are based. They grow a huge number of species of grass and wildflowers in order to sell the seeds.

Our meadow patch grew well, the composition changed somewhat over the years we were there, with some species doing better than others, but it was always worth seeing.  We would cut it with an Allen scythe and manually rake up the hay, which when well dried we used for bedding for the poultry (not advisable if it’s damp enough to go mouldy – you don’t want your chickens to get the equivalent of farmer’s lung).  I don’t think much would have happened without sowing the site with a meadow mix, except a profusion of weeds (defined as species you don’t want to be growing there).

When we moved to our smallholding 5 years ago, we found out from the previous occupants that the fields had only been used for sheep grazing, and certainly in the 15 years before we arrived had no fertilizer added.  So we had nothing much to worry about concerning soil fertility.  We are only a few miles from the amazing meadows at the Waun Las reserve at the NBGW, (Note: The next CMG meeting involves a walk round these meadows in May – see the events page for more,) which have regenerated from whatever was in the seed bed or has colonised since, so there was no question of starting anew by resowing the field with a meadow mix. 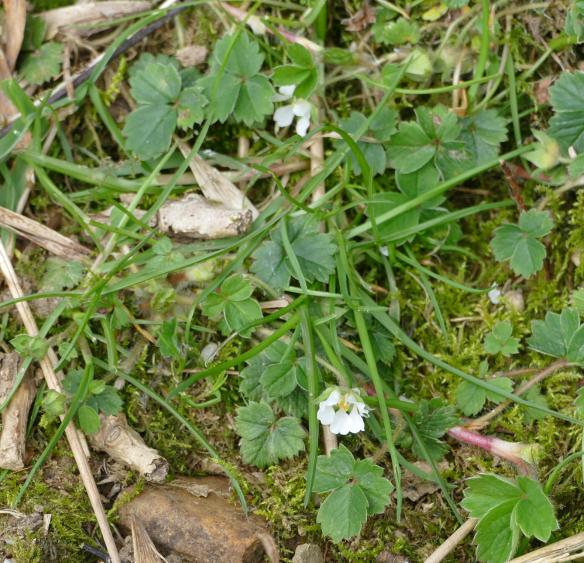 But we did make one exception in our fields, and that was to sow some yellow rattle seed which we collected from a neighbour’s meadow about a mile away. We did this due to having read this research, click here, which shows fairly convincingly that if you sow yellow rattle, other plant species will establish more quickly.  No doubt the same diversity would eventually result, but when one is knocking on a bit it seems attractive to speed it up if possible.

A common observation is that for the first few years the yellow rattle proliferates to what can seem like an alarming extent, so that in places it almost looks like a mono-culture.  But in time (since it is hemi-parasitic on grasses) it and the grasses will reach an equilibrium.  It doesn’t mean that when the field is cut we get yellow rattle hay instead of grass, because we cut the field late, and by then the rattle plants (which are annual not perennial) have dropped their seeds and died back which allows another mini-flush of grass to have a chance.

The rattle seedlings are visible now (early April, above) and it looks like there will be a lot again this year.  So if anyone would like to come round in late summer to collect some (it’s easy to shake it out of the seed heads) to sow on their own fields, we can spare it.  Let me know nearer the time (andrew.martin26@btopenworld.com).

Readers with wet meadows might also consider introducing Marsh Lousewort (Pedicularis palustris). I did this in our hay meadow after collecting seed from a near neighbour’s field. I’d noticed its pretty flowers appeared much earlier than yellow rattle, and early bumblebees seem to love them as a nectar source. Like Yellow rattle, it’s a hemi – parasite, so will tend to weaken other plants and allow more light into the surface of the pasture. It’s also a biennial/annual, so the first year after scattering a few seed in part of the field, I found no flowers, just the very distinctive early rosettes of crinkly foliage…

Next year a few flowers appeared.

This year on April 10th, the first flowers are already out, and the plants have spread quite extensively in the small part of the field it was introduced into. These are some of the earliest nectar rich flowers that are likely to appear in a local meadow, and the flowers continue to open through May and into early June, around a growing flower stem so it dovetails well with Yellow rattle.

Thanks for reading, and remember I’m happy to receive any suitable articles or photos to include as blog posts. Send them to me…